When I first heard we were going to Gourmet Burger Kitchen, I though it was just going to be like any other GBK. The design was good and I especially liked the Scrabble letters used. When we went inside I also liked the glass windows that separated the booths.

For the food we had burgers and they were nice. While we were waiting for our food, we were allowed to help ourselves to monkey nuts, which I loved. There were also colouring sheets which I thought were amazing. We were definitely well entertained!

For pudding we had ice cream, which was fab. Then we left.

I definitely enjoyed our visit to GBK.

This story is about a boy called Jim Wimple and his friend Will. A new scooter called the Bazoom is out and Will’s sister has just got one. They ask Jim’s dad for a Bazoom and he says no.

So they make a plan to sneak into his work. They are going to place a letter of persuasion on his desk that will convince him to change his mind and say “yes” to a Bazoom.

But when they sneak into his office they find out Jim’s dad is not an accountant but something much worse.

What I liked about this book

I liked all of this book. As soon as you read the blurb on the back it sounds interesting. I think this book is awesome. It is a bit exciting at certain parts. I also think it has lots of description.

I would recommend this book because it is exciting and adventurous – I think you should read it if you like adventure stories and funny stories. I think everyone would enjoy this book. It is an amazing book and if you have not read it then read it NOW!

Saddleworth Museum reopened on the 17th September and we went to the grand opening. Saddleworth museum is about the past of the local area, including Delph, Uppermill and even the village where I live, Marsden.

There was lots to do, like printing on bags and weaving. The lady said that the museum is run by volunteers, so I made one bag for myself and one for the museum to help out. My favourite part though was the dressing up. I dressed up as a suffragette and as a Morris dancer. I was lucky enough to get a photo of myself dressed up with some real Morris dancers who were there dancing for the grand opening.

The Museum has a family trail that you can do and once you complete the trail you can enter into a competition which is drawn every few months. The trail involves you looking for little plastic people in the displays and answering questions about the objects you see. I thought the trail was fun and it entertains you throughout the museum.

The museum also has some ancient Roman artefacts that have been found in the local areas. I really liked seeing the ancient roman ring that was found. There are also some interactive displays which I enjoyed. One of these displays involved placing cogs onto a board and spinning them around with a handle.

The museum cost £6 for a family ticket which I thought was good for the time we spent there. I think this is a good museum and I recommend it. We spent around 2 hours in the museum and there is lots of other fun stuff to do in Saddleworth, especially the local park which is a couple of minutes walk away.

I would give Saddleworth museum 8/10 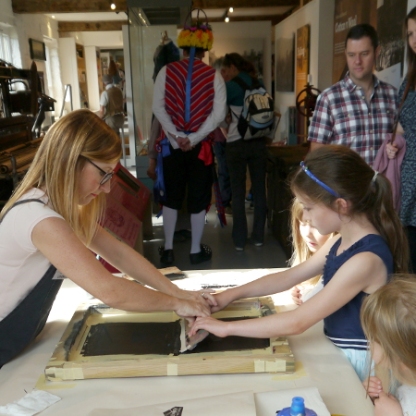 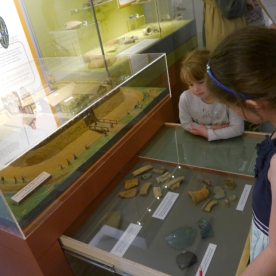 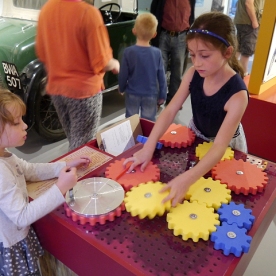 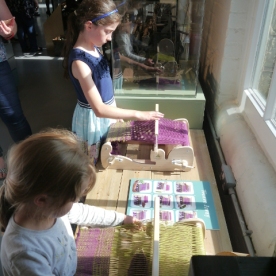 My name is Cerys, I'm 9 years old and when I grow up I want to be an Art Teacher.
Follow Cerys Reviews… on WordPress.com